In memory of Eldar Ryazanov

Here's another loss. The loss of irreplaceable, though, and say that no one is irreplaceable. There are such people. There is. But, unfortunately, they are not so much, but after the departure of one of them among us is formed hole, cold and lifeless void where nothing and no one to fill. Every man like Eldar Ryazanov, we lose a particle of goodness, light, warmth, hope and love for each other. The good news that we are its wonderful movies. Films, which was able to remove only one Ryazanov, and no one else. Movies help us at least for a couple of hours to become themselves, to lose with his soul growing inevitably scab indifference, stiffness, and even violence, which are necessary to survive in this crazy world, rushing back to the war, and expose the soul to laugh and cry as in early childhood, forgetting about shame, about the situation, about the age and nationality. But sad to realize that the new films Eldar will be gone. And such is unlikely to have someone remove. The time to measure everything in money encourages filmmakers another level, the creation of which must be profitable and affect any human components, except for the innermost - the soul. Before she had none, as it is sad, is not the case.
The bright memory of Eldar Ryazanov!

Prayer
Lord, no gasp or sigh,
days flying in snow storms whirl.
Life - the path from birth to death,
vague, secretive, lonely road.
Lord, no gasp or breathe!
Snow. And we talk together,
as we beat a great winter.
It must overcome,
to re-hear the thunder in spring.
Lord, thank you for living!
We go out together in the snow.
And the four of us print,
printed shoes,
persistently following, watching.
God, I'm glad the blizzard!
Where are my first tracks?
Unknown primary road
sweep the residue slowly
responsive mercy of fate ...
Lord, thank you for help!
E. Ryazanov
Forgive me for the free translation.

What gives the Internet? Freedom or total control? 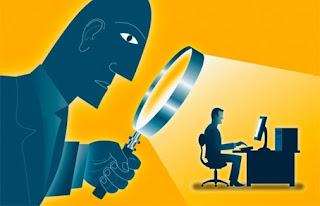 Got pretty cool stuff. I can not share.
http://hi-tech.mail.ru/news/home-gadgets-threat.html
THE TV IN THE HOUSE CAN BE DANGEROUS
As the experts found out after the experiment to search for vulnerabilities in home-gadgets-tah, TV (and other devices) may be unsafe for the privacy of valuable data and the entire family. It is noted that this applies only to new fashion-lei with the ability to connect to the network. Anti-virus expert "Kaspersky Lab" David Jacoby carefully researched different models of household appliances. As a result, he found one vulnerability in the Smart TV, and several potentially harmful hidden functions remote management on the router, as well as 14 vulnerabilities in the network storage devices where data (network drives).
The main problems of information security in home gadgets cause several lack of encryption when transferring data from user to server produce a dye, and also weak passwords device access, which by default is set by the vendor and are rarely changed by the user. So, using the detected in one of the NAS vulnerability, Jacoby was able to upload a file to the memory storage, which is inaccessible to the ordinary user. In case if this file was malicious, the NAS data would be a source of infection to all other devices connected to your home network, or bot involved in the Commission of DDoS attacks. Moreover, since the file was uploaded in a special section of memory through a vulnerability, and removed from the system it can only be through this same vulnerability. A non-trivial task even for a technical specialist, not to mention the simple home user.
Source of danger can be and TV. The latest models are equipped with the function Smart TV potentially open to attackers the ability to perform attacks, man-in-the-middle. We are talking about cases where the user desires to purchase media content via the TV. In the experiment, the expert of "Kaspersky Lab" was replaced by a graphic icon of the Smart TV interface on another image solely due to the fact that when the data transfer is not secured by encryption. So, the same could ETS-lat and attackers — and then the user instead of buying content just send your money to the account of the scammers.
In addition, it was found that the routers are also not as simple as they seem. Jacoby found in these devices a number of hidden features available only to Internet providers, but not to the owners of gadgets. Some sections of the web interface, in particular the control of the DOS-dull, updates, Webcams and other, can be controlled only through the universal vulnerability that an ordinary user, of course, unavailable. But the provider or, in sa IOM worst case, an attacker could take complete control of the device-properties.


"We must not err, like our home gadgets in security only because we have installed an intricate password. There are many things that Paul is the user can't control. Less than 20 minutes I found a number of serious vulnerability in the device that, at first glance, it seemed perfectly safe. In this regard, the protection of home entertainment systems, data storage and Internet access should be addressed by both the device manufacturers and developers of security solutions in the very near future," explained Jacoby.
Автор: Unknown на 22:54 Комментариев нет: 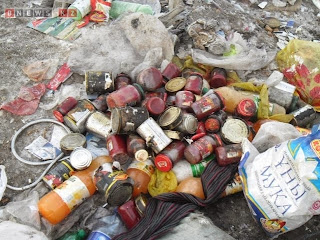 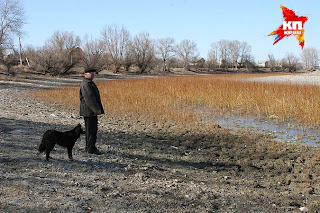